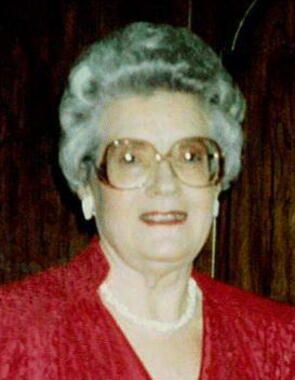 Back to Mary "Lavinia"'s story

Mary Lavinia Cook Key, 91, of Decatur, Ga. died at home on Dec. 2, 2019 after extended hospice care. She was dearly loved and admired by her son, daughter and only grandchild, who thought she could accomplish the impossible and right any wrong. Imbued with a graceful demeanor, somehow she had an extraordinary blend of kindness, gentleness, humility and the ability to lead. She had great compassion for those less fortunate then she - especially those who lacked enough food, clothing and other necessary amenities of life. A lover of all things beautiful, she loved these lines from the poet John Keats: "A thing of beauty is a joy forever; its loveliness increases and will never diminish." She appreciated all kinds of music, from country to classic, and frequently remarked that good music soothes one's soul and enriches one's life. Additionally, she was a keeper of promises - if she made a promise, you could depend on it and consider it done. Though generous to a fault, she was thrifty, of necessity. Her private acts of charity epitomized her giving nature. Key possessed an insatiable thirst for knowledge and was a voracious reader. Often she said she preferred reading to watching television. She was a graduate of Mercer University in Macon, Ga., where she earned her A.B. degree in 1948. Also, she did further graduate study. For many years she taught in the DeKalb County School system, taught at DeKalb Community College and was associated with Georgia State University in a supervisory capacity for teachers' education.
The Great Depression of the 1920s and 1930s was in full bloom when Herbert Hoover was president. Key's family was well-acquainted with poverty. Author of a book entitled "With No Pretense," she wrote: "We were poor folks and we children grew up in abject poverty. My father tilled a small farm in Hancock County, Sparta, GA. A one-horse farmer of row-crops was never in 'high cotton' and the family barely eked a subsistence from the land. Our origins were humble."
Dear to Key's heart was her family. A keeper of the hearth, she constantly tried to keep the home-fires burning, so her immediate family would feel at home and be secure. She was a member of Decatur First Baptist Church and the J.O.Y. Sunday school class, and previously a member of Emory Baptist Church until the doors were closed. Also, she was a member of the DeKalb Historical Society and the Clairmont Heights Garden Club, where she held several positions. Always, she was an ardent fan of the Atlanta Braves.
Her husband, Calvin F. Key, first principal of the famous Fernbank School, preceded her in death Aug. 3, 2000.
Key was born to the late Arthur Richard "Ossie" Cook and the late Mary Glynn Anderson Cook on April 2, 1928. She was the second of seven children.
Surviving are: two children, Cedric Timothy Key and Karen Lavinia Key Peeler; son-in-law, James Murray Peeler; granddaughter, Kirstin Jennifer Key; brother, William F. Cook; Sisters, Sadie Cook Boyer, Gloria Cook Edwards, Joyce Cook Hedgepeth-Stanton; and several nieces, nephews and cousins.
Funeral services will be held at Friday, Dec. 6 at noon, in the chapel of First Baptist Church of Decatur. The family will receive friends in the chapel one hour prior to the service. Services have been provided by A. S. Turner & Sons Funeral Home & Crematory in Decatur, Ga.
Published on December 5, 2019
To plant a tree in memory of Mary "Lavinia" Cook Key, please visit Tribute Store.

Plant a tree in memory
of Mary "Lavinia"

A place to share condolences and memories.
The guestbook expires on March 04, 2020.

Joshua
My thoughts are with Mary’s family. It is so painful to lose someone, yet no one else can really know all that you feel except our Heavenly Father. He knows and feels your pain. He calls death an enemy and promises to remove it forever, Isaiah 25:8 “And he will swallow up death forever…” He also promised to wake up all our loved ones, in the memorial tombs, from death (Isaiah 26:19). What joy it will be to see our loved ones again and to enjoy life as our Creator purposed (Psalms 145:16). I  hope these words give all of you comfort.
View all